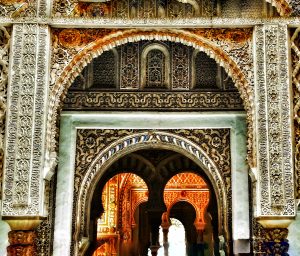 Menu Tour Sevilla is a way to make the most of your time and budget on your visit to the city of Seville. The best way to get to know any city is with a guided tour with an official local guide that knows well the unpredictable and remarkable. Not all pockets can be fostered such luxury and free tours in the end are a oversized experience that make this experience somewhat tidy.
Menu Tour Sevilla is a service in which you pay for your menu and you also enjoy an excellent walking tour through the impressive city of Seville: if there is any place to walk is a free luxury, that is the Monumental center of Seville.
Menu Tour offers a walk where you will see all the essentials of the city and much more, since there are no sales stops and make the most of the time whether you are traveling with family, group of friends or alone.
At the same time you enjoy an urban style menu with fresh ingredients where you choose from three options:
• 5 types of Burguer Menu plus appetizer and soda or Beer
• 6 types of Healthy Bowl with soda or beer
• 4 types of Shake and Burguer menu, to make your stay in Seville a cinema
If there is anyone that does not fit with your wishes, I am sure we find the solution within our menu of the restaurant of TGB Cristina

RECORRIDO DEL MENU TOUR ( 12 and more thongs you will see)

Treasures of the Alcázar

Everything you need to knwo about the Alcázar of Seville in one article! Discover hidden places and legends during visiting this astonishing multicultural UNESCO monument!

The Alcazar of Seville has been under construction for 500 years roughly which makes it a very unique building, mixing diverse architectural styles impossible to see anywhere else!

A LITTLE OF HISTORY TO BEGIN WITH

The Alcázar is one of the most emblematic monuments of Seville. The first buildings settled on Roman and later Visigothic ruins, the Alcázar began to take its current form since the Arab invasion of Seville in 712. Many were the changes that would take place in the Alcázar from then on: the Alcazaba of the emir Abderramán III, the expansion made by the Almohads in the 12th century, the Gothic Palace of Alfonso X, the construction of the Mudejar Palace by Pedro I, until the renovation and reform of the Catholic Monarchs in 1477.

This building complex has been the site of important events, such as the births of Juan de Aragón -son of the Catholic Monarchs-, the infant Enrique de Borbón y Borbón-Dos Sicilias or the sixth daughter of Felipe V, Maria Antonia Fernanda -queen-consort de Sardinia-. The Alcázar also held the wedding of Carlos I and Isabel de Portugal in 1526 and a lunch and reception in 1995 on the occasion of the wedding of the Infanta Elena de Borbón. The Alcázar was also the site of the Treaty of Seville of 1729, which ended the Anglo-Spanish war of 1727-1729.

STRUCTURE OF THE BUILDING COMPLEX

This spectacular enclosure is characterized by its different styles as we have already said before. The entrance to the enclosure has changed over time, with certain vestiges always remaining on its walls, such as the original door of the abbadí Alcázar at the end of Calle Joaquín Romero Murube. This was the entrance of the enclosure until the transformation that the palace underwent with the construction of the Mudejar Palace after the arrival of Pedro I in which the main facade was moved to the current Patio de la Montería and the Puerta del Leon.

We make a small stop at the entrance gate to the Reales Alcázares called Puerta del León or Puerta de la Montería, named after the patio to which it enters. It is built in Almohad style and dates from the aulic program of King Pedro I by which the new Mudejar palace was created. This door leads to the so-called Patio del León in which is the entrance to the Sala de la Justicia and the Patio del Yeso, the first built around the 14th century during the reign of Alfonso XI, and the second from the Almohad period and which is considered the last vestige of the residence of the Caliph Abu Yacub Yusuf, built around the 12th century. After visiting these beautiful spaces, we go back to the patio and after crossing the old wall of the Almoravid palaces we reach the Patio de la Montería, a diaphanous and spacious space that leaves all the prominence to the main facade of the Mudejar palace.

Once in the Patio de la Monteria you can access two divisions of the Alcázares: the Sala del Almirante and Sala de Audiencias as well as the Mudejar Palace -also called Pedro I-.

To the right is the old Casa de la Contratación, which is currently divided into two spaces: the Admiral’s Room (Sala del Almirante) -top- and the Audience Room (Sala de Audiencias) -down-. The Admiral’s Room is a polyvalent and regal room used today for conferences and social events. Important portraits such as those of Luis Felipe de Orléans or Maria Cristina de Borbón-Dos Sicilias, wife and niece of Fernando VII, hang from its walls. The Audience Room is dominated by an altarpiece of the Virgin of Good Air from 1535. This room was used as a meeting place for officers and we can see the magnificent coffered ceiling from the s. XVI.

The Mudejar Palace is undoubtedly one of the jewels of the palace complex of the Reales Alcázares. Built under the mandate of King Pedro I between 1356 and 1366, it is a true example of cultural syncretism. With the new Andalusí style being preferred in the constructions of the centuries after the Castilian conquest of Al Andalus, the palace is structured around two courtyards which are the so-called patios: Patio de las Doncellas -Maidens- (for official or public life) and Patio de las Muñecas -Dolls- (for private life). Its rooms are worthy of admiration for their impressive ceilings and their capacity for detail. We must remember that all these dependencies were ordered to be built by a Castilian king, which gives us an idea of the deeply rooted Arab culture that existed in Andalusia.

The Ambassadors’ Room, the Prince’s Room, the Royal Bedroom and the Rooms of the Roof of Carlos V and Felipe II stand out.

This palace was the first modification to the Alcázar after the conquest of Seville in 1248. It was made in the Gothic style following the predominant European style and represented “the triumph of the Christian ideology over the Muslim past” according to the page of the Real Alcázar de Sevilla. It was built on the old Almohad palace, respecting the Patio del Crucero. It is characterized by its ceramic plinths that cover the vast majority of the palace walls as well as its ribbed vaults.

Its Chapel, the Great Hall and the Hall of Tapestries stand out.

Finally, we will talk about the Gardens of the Real Alcázar, a key element of the site. In fact, we must speak of a set of gardens since it is made up of different areas built as the new palaces were being created. According to the website of the Seville City Council Website: “It is very difficult, almost impossible, to describe in a few lines all the reality, the poetry, the history, even the legend, that these gardens enclose (…) They were ancient Muslim gardens and today they house a varied set that covers practically all the history and styles of gardening.“

We highlight the impressive Baños de María Padilla, which are located under the Patio del Crucero and make up a visual spectacle with the reflection of the cruise vaults in the water of the pond itself.

Its gardens have been enriched with exotic species from all over the world. Currently there are about 170 species in its 60,000 square meters.

Why Day Trips near me in Seville

Seville like a Local: What to Do, Where to Go

Granada in One Day: What to Do, Where to Go