This private tour will make you enjoy the most outstanding jewels of Nasrid culture, one of the longest Muslim cultures in the Iberian Peninsula, as well as the Albaicin District and Alcaiceria Market, within the gripping city of Granada.

The Alhambra was a palace, a citadel, fortress, and the home of the Nasrid sultans, high government officials, servants of the court and elite soldiers (from the 13th to the 14th century). Today, the monument is divided into four main areas: the Palaces, the military zone or Alcazaba, the city or Medina and the agricultural estate of the Generalife. All of these areas are surrounded by woods, gardens and orchards. Other notable buildings belonging to a different time period are also included, such as the Renaissance style Palace of Charles V, which houses the Alhambra Museum (most of the items are from the site of the monument) and the Fine Art Museum.

The old Moorish market today is a faithful recreation of the one that existed before the fire in 1843. A maze of narrow streets that once held the silk and spices market. Today it remembers that use with many crafts and souvenir stands. One of the streets leads to the sunny Plaza de Bibrambla, which used to be an open sandy area in front of one of the city gates. Today it is one of the most populous squares in Granada. In the centre there is an artistic fountain surrounded by flower stands. 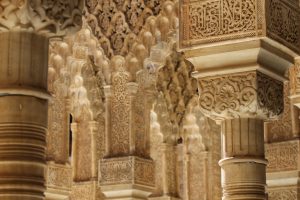 o Meals and gratuities not included. 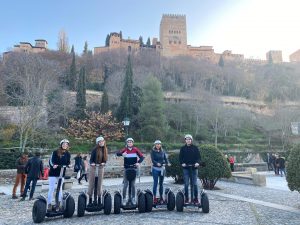 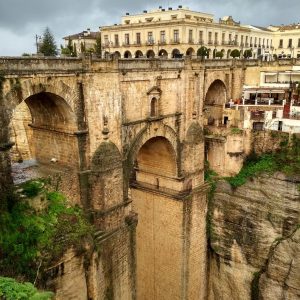